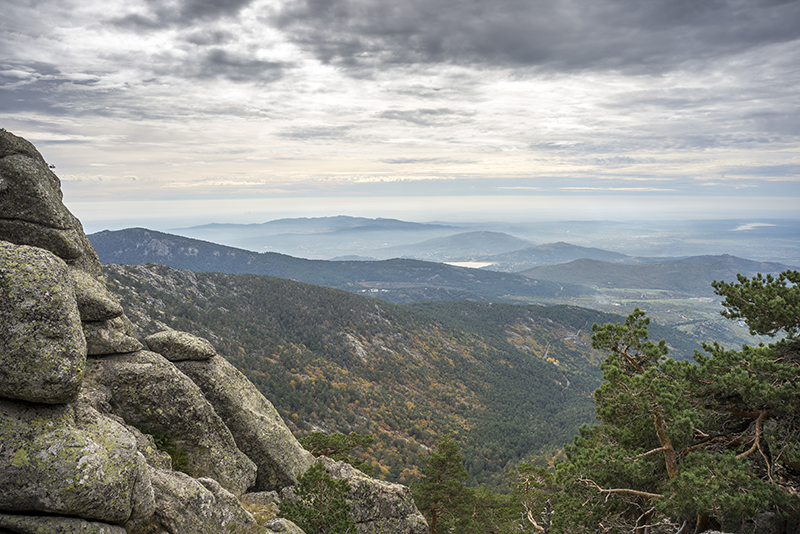 Are you tired of the hustle and bustle of the big city? Boiling in the asphalt jungle? Of course, you could have a rest in your air-conditioned apartment at Génova 5, but why not taking the most of the last summer weeks to go outside and discover some quiet rural areas? This post presents four charming places in Madrid’s countryside to escape the city for a while.

The so-called Sierra Norte region is a beautiful place, full of amazing landscapes, such as Peñalara Natural Park. Its nearly 800 hectares of protected territory include Peñalara peak (2,428 m, the highest peak in Guadarrama Mountains and in the province of Madrid), three cirques, two moraines and around twenty glacial lakes, being noteworthy Peñalara Great Lake and Bird Lake. The park, accessible through a number of paths starting at Puerto de Cotos, is perfect for hiking and climbing in summer and cross-country skiing in winter.

Part of Peñalara Natural Park belongs to the municipality of Rascafría, a small village of Medieval origin located in Lozoya Valley which preserves the architectural style typical of Guadarama Mountains. Near the village, we can find Puente del Perdón (roughly translated as Forgiveness Bridge), which dates back to the 14th century, the Forest of Finland, which takes its name for its similarity to a Scandinavian forest, and the picturesque Cartushian monastery of Santa María del Paular, started in 1390.

About 6,5 km away from the monastery, there is a set of cascades formed by Aguilón stream, a Loyoza river’s tributary, called Cascadas del Purgatorio (Purgatory Waterfalls). The main waterfalls are Cascada Baja (10 metres) and, about 200 metres higher, Cascada Alta (15 metres). You can easily get to a wooden lookout point opposite Cascada Baja following a signposted hiking path, but access to Cascada Alta is only for expert hikers, as it requires climbing a wall or taking a detour on rocky sloped ground.

Another exceptional site is Sierra del Rincón Biosphere Reserve, which encompasses the municipalities of Horcajuelo de la Sierra, Prádena del Rincón, La Hiruela, Montejo de la Sierra and Puebla de la Sierra, with all their cultural and historical treasures, and is home to over one hundred of rare species of animals and plants.